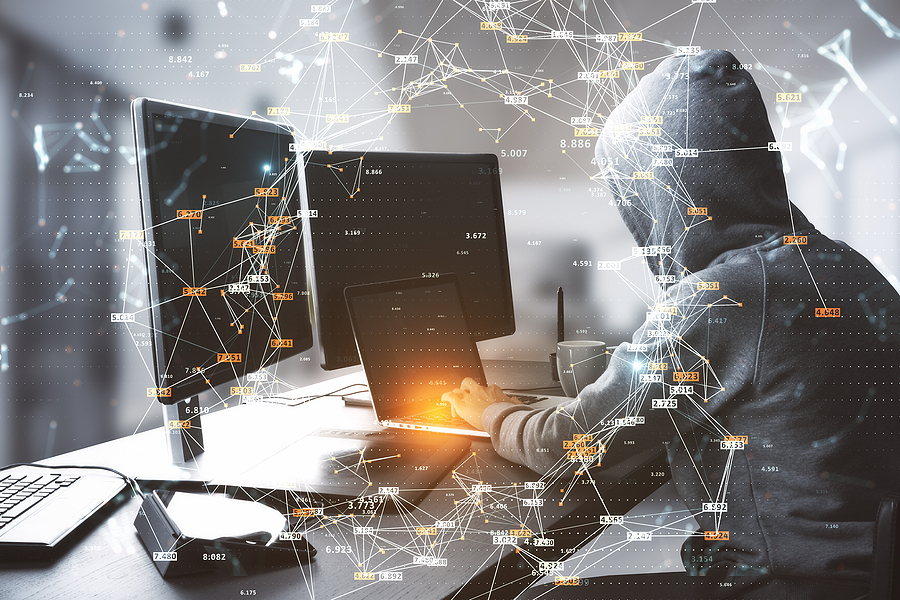 Hacking groups are not only becoming more commonplace, but they’re also getting a lot more sophisticated. Whether their goals are political, monetary, or otherwise, hackers have banded together to create chaos for companies. Both small and large companies can fall victim to a hacker attack.

Cryptocurrency has been the big word in the financial space for many years, but with the recent uptick, it was a matter of time before someone got hacked. In January 2022, hackers were able to easily bypass Crypto.com’s two-factor authentication security measures. In doing so, they managed to steal $18 million worth of Bitcoin and $15 million of Etherium.

In the first few days, Crypto.com tried to cover up the extent of the hack, but after a few days announced to the public that security was breached and users were robbed. They reimbursed the affected users.

In a politically-charged attack, a group of hackers decided to make Givesendgo.com their victim. This is a Christian-based fundraising site with a widespread campaign supporting truck drivers protesting Covid regulations. The hackers were able to infiltrate the site easily and published the private information of more than 90,000 people. The information included identity-verification documents like state IDs and passports. This was a classic DDoS attack – the hackers redirected visitors to a site that criticized the protestors.

In March of this year, one of the leading computer giants couldn’t protect itself against hacker group LAPSUS$. Microsoft owns smaller companies like Cortana and Bing, which hackers targeted. This group is known for stealing information from companies and ransoming it to the highest bidder or back to the company itself. They’ve targeted Nvidia, Nokia, and even the Brazilian Ministry of Health. They similarly hacked another giant, Okta, an identity-verification company, stealing information from nearly 2.5 percent of their millions of customers.

Cash App is a popular mobile app owned by Twitter, allowing users to transfer money to each other by connecting their bank accounts. You’d expect them to take the utmost care in security but despite their efforts, a former employee managed to hack Cash App’s system. Cash App announced in April that a hacker had stolen a large amount of information, including customer names, stock trading information, and account numbers. However, the hacker wasn’t able to get any account credentials. More than 8 million customers were affected.

Though not quite a business, this enormous governmental entity stores significant data for Texas residents. Approximately 1.8 million Texans had their information compromised in the hack, including names, social security numbers, and other sensitive information. According to a state audit, the hack happened in January and was fixed quickly. However, the announcement to the public wasn’t made until May.

Many large companies have their reputations ruined by hackers. However, big companies and conglomerates often have monopolies and millions of daily users. Even when user security is compromised, customers have little choice but to continue using their services. Small and medium-sized, independently-owned businesses often suffer the most. Without the funds to have a huge IT staff that can offset any digital attack, these smaller businesses suffer from loss of reputation the most. There are ways to combat this, including hiring an off-site IT company to ensure your site stays secure and any hacks are handled professionally. If you need your company’s security upgraded, contact Internal Computer Services at 804-672-1057.