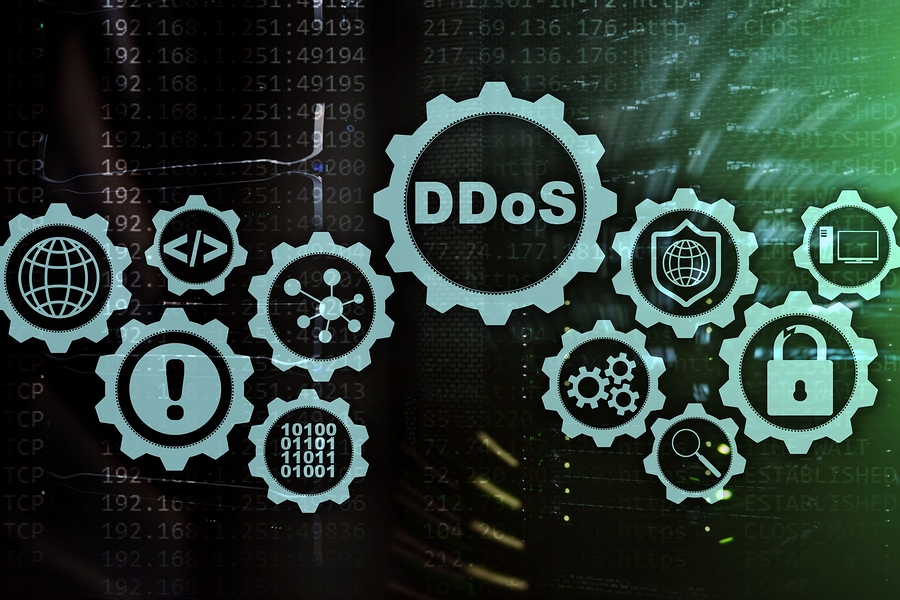 If you’re in charge of your business’ cybersecurity, you’ve likely heard of DDoS attacks happening to companies all over the world. However, how much do you really know about what this can do to your enterprise? What about your stored private information? The best way to prevent a future attack is to stay as informed as possible. The more you know about DDoS attacks, the more you can do to prevent this disaster from hitting your company.

What is a DDoS Attack?

This acronym stands for distributed denial-of-service. It’s exactly what it sounds like: an attacker makes it impossible for a service to be delivered to legitimate customers. “Distributed” because the intrusion often comes from many different computers or devices. This network of compromised machines carrying out the invasion is called a botnet. Usually, millions of computers are involved in a botnet, and the users have no idea that their gadgets are being used to jam a website’s service.

The way a DDoS attack works is that this botnet of computers creates a lot of traffic for a particular website, effectively flooding it until the site shuts down or exceeds bandwidth. Customers trying to get onto the website will be unable to use the services because there is too much “traffic” being created by the compromised devices.

DDoS incursions have grown more sophisticated over the years. Not all invasions even need a network of computers. There are Memcached DDoS attacks where an assailant spoofs through a special server that sends traffic to the target. These raids on websites can weaken networks, jeopardize entire devices, mess with applications, or even target a specific transaction on a website.

Importance of Cybersecurity for Your Business

These strikes target anyone and everyone. While it doesn’t compare to having your company’s financial information hacked, a DDoS attack can put a serious damper on your business. Amazon, Netflix, Spotify, and plenty of other websites have had their service interrupted by assailants. Small businesses find themselves incredibly vulnerable.

It may take a while to investigate and shut down. You’ll likely have to contact an IT firm to help stop the attack on your business’ website. Luckily though, when a customer tries to visit, they’ll get a regular connection error message, so it’s likely they may not notice a DDoS attack. A serious DDoS attack can cause you to bleed profits, leaving you unable to do business.

Anyone savvy enough can orchestrate this cyber invasion. Many victims of DDoS attacks became victims because they were harassed, bullied, or someone wanted revenge. Extortionists resort to obstruction traffic until they receive a payout. There’s also plenty of hackers and enthusiasts online that participate in this to brag about the credit.

What to Do When a DDoS Attack Harms Your Business

Stay alert for the signs of an attack by checking your service daily. If your website is suddenly crashing under traffic, it may be time to call in the professionals. Contact Internal Computer Services at 804-672-1057 for a cybersecurity consultation. With over 25 years of experience serving private businesses as well as government agencies, ICS can help you with your company’s digital security. Don’t become easy prey for hackers, let ICS work with you to prevent this disaster from striking your website.